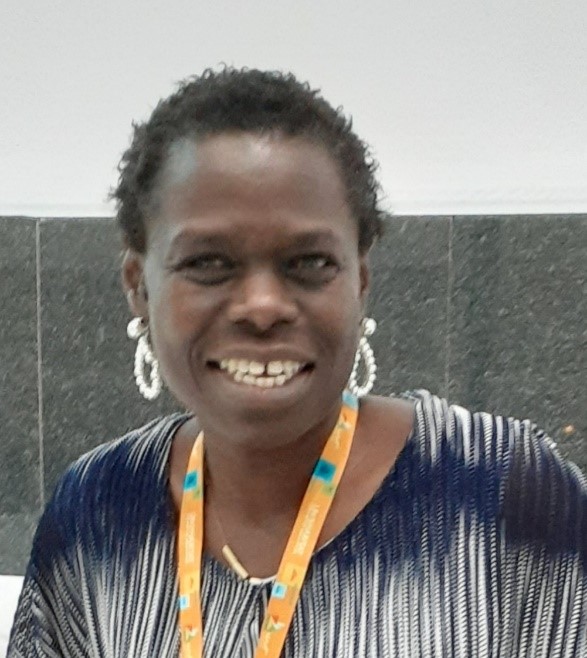 Well known urban grassroots woman living and working in Kibera, the biggest slum settlement in Sub Saharan African based in Nairobi, Kenya. Started organizing women from different communities over 15 years ago in response to cases of sexual manipulation and violence towards adolescent girls. Has mentored thousands of girls through her “GPende” slogan meaning, love yourself, currently a global woman amplifying the voices of women/girls living in slum communities locally, nationally regionally and globally. Founding Director of Polycom Development Project – www.polycomgirls.or.ke. 6th time Convener of Kenyan Women led Urban Thinkers Campus - World Urban Campaign process towards The City We Need, Habitat III Policy Unit Expert, Woman Peacemaker 2016, Millennium Milestone Maker Awardee 2015, Endorsed among 10 most influential Kenyan women to meet President Obama in October 2015, Featured in Award Winning Documentary “I will not be silenced” 2014, Outstanding Leadership Award 2011, International Woman of Courage nominee 2011 and Community Peace Builder Award. Member of Vital Voices Global Partnerships among other local and global networks.
Jane has a Community Peacebuilder Award, Outstanding Leadership Award, Millenium Milestone Award, and several local and International recognitions on my Peace and community women empowerment work. She was nominated for the International Woman of Courage Award in 2011 and was recently listed by the Inclusive Security Network as the 10 Women President Obama was suppose to meet during his visit to Kenya due to my extraordinary work. Jane is a powerful mobilizer and organizer, she initiated Wamama Tuna uwezo Network which is about giving community women to claim their leadership space and push for quality engagement.

What Our Donors Over the World Are Saying

28 years old Single mother of three children who do not stay with her because she doesn’t have a job, she stays with her sister and her 2 children in her one room house in Kibera.

I used to be a good soccer player but discovered that I am very good in Volleyball when Polycom introduced it, this is my talent, I want to play and join the national team

I am a single mother to one girl, I am a hair dresser, my dad died so I stay with my younger sisters, I am the sole bread winner making life very hard because I do not have my own saloon but depending on piece jobs.

I am very good in sports that is whys I play Volleyball, I want to look and stay young and healthy.