A policy evidence report to strengthen the Sexual Offences Amendment Bill 2016 will be presented to Parliament by Nairobi Women Representative, Esther Parssaris.

The document by Polycom Development Project, a community-based organisation in the city’s Kibra sub-county, seeks to bring into focus the reality of the devastating ravages of sexual harassment and abuse meted out against girls and children.

It also seeks to influence the 2016 Sexual Offences Amendment Bill of Hon. Florence Mutua that was thrown out of Parliament for lack of evidence.

According to the Polycom’s Founder Director, Jane Anyango: “It is informed by data from 50 schools in Kibra’s informal settlements in ‘Talking Boxes Initiative,’ a heart-to-to-heart-sharing through anonymous notes.”

During the launch on March 6, at Ngong Hills Hotel, by Nairobi Women MP, committed herself to hand it over to the Clerk to the National Assembly as a matter of urgency so that it could be debated by relevant parliamentary committee and by fellow MPs.

Among the guests who addressed the colourful ceremony were FEMNET Director, Memory Kachambwa and Kibra sub-county Commissioner Gideon Ombogi.

In a separate interview, the director told Reject that over 5,000 adolescent girls in Kibera benefited from mentorship and psych-social support during the height of Covid-19 pandemic, last year through the award-winning ‘Talking Boxes Initiative.’

The primary and secondary girls in the biggest slum in Nairobi and the country, with over 250,000 residents, were given an opportunity, during the nine months of ‘lock down’ to meet and to express their views in ‘Talking-Boxes.’

Some 30 cases were reported of early pregnancies. Some of them were counseled and registered to undertake vocational training programmes.

According to the Director, the initiative was started in 2015 with 50 public and primary schools as partners in three of the six villages in Kibra Constituency. These are Lindi, Gatwekera and Kianda villages.

In some days the girls were more the 100. Currently Polycom has 10 pregnant adolescent girls whom they are following up with.

At the height of the pandemic, some teachers openly asked Polycom team to also support them with face masks, soap, food, sanitary pads and psycho-social support.

Says the Director: “Demand for our services increased because of the rise in gender-based violence, sexual abuse and personal needs of the girls that required psycho-social support. We couldn’t have small meetings anymore so we had to have community engagements in social and church halls.”

Working with a team of 12 mentors, Anyango opened their doors to the girls to be mentored and to meet and share experiences, frustrations and hope for the future by writing them on a piece of paper and dropping them in the ‘Talking-Boxes,’ made of tin.

Marline Atieno was one of the mentors who used to meet the girls in a classroom at Olympic primary school and a hall at Jeshi La Wokovu in Kianda village and at Canaan Hall in Soweto village for a morning session to discuss topical issues done under strict COVID 19 guidelines.

Some horrifying stories were shared by the girls about abuse by their close relatives including their fathers, uncles, guardians and other relatives.

Others spoke of physical beatings and objects hurled at them; and others talked about sexual harassment by boda-boda (motor bike) taxi operators.

In her class of 12-14 year-olds, Atieno received many cases of defilement, two of them involved 13 year-olds. No case of incest was reported. She asked the victims to see her after class to do a follow up, but none volunteered for fear of victimization.

Atieno has a passion and understands the girls very well as alumni of Olympic High School in Kibra Constituency, a resident of the area and with six years of on-the-job training and work.

The girls were from age 12 to 18 years and were segregated in age groups. They were given talks on sexuality, early pregnancies, relationships, gender-based-violence among others followed by an open session where they were encouraged to ask questions and raise concerns and their ambitions.

There were between 100 and 150 secondary school girls who attended the sessions after hearing the good news from their relatives, neighbors and teachers.

Feedback from the ‘Talking-Boxes’ showed that girls in high school were most concerned about menstruation, sex, contraceptives; abortion and relationship issues with their parents (whom some said do not love them) and boyfriends among others.

While those in primary school were most concerned about body odor and changes, the much older ones were concerned with relationship issues, how to handle conflict between and among themselves and their siblings, classmates and parents; about Urinary Tract Infection, Sexually Transmitted Diseases (STDs), HIV and AIDS, and on partners (boyfriend/girlfriend) issues.

The project has had its fair of minor set-backs, according to Atieno.

Says Atieno: “After schools re-opened, we went the following week to meet and review our partnership with the heads of the 50 schools; and also, to assess the state of our ‘Talking-Boxes.’ While there, we                      found that some boxes were destroyed, others were weak where they had been mounted, while most were intact.”

Most of the girls appealed to Polycom to extend the initiative to other neighboring schools that do not benefit from the initiative, saying it was very useful and had empowered them to face their studies and life with more confidence.

Some also requested for the vocational programme like tailoring, pastry, fashion and design, music among others to be extended to accommodate more of them.

Furthermore, Polycom is working on a Guide Book on Safe-Guarding the Adolescent Girls Against Sexual Harassment. 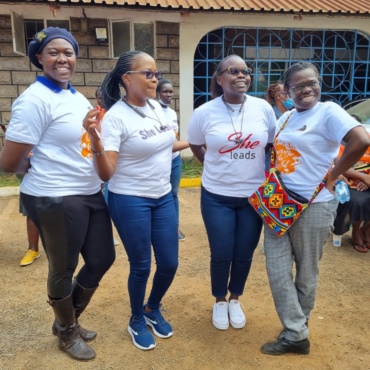 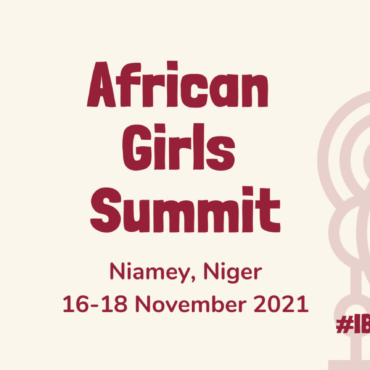