Education is our future husband

These are the word of Chief Amwoche of Sarangombe Kibera. An ardent of women empowerment. In the just concluded meeting with key influential leaders, the chief while addressing other key leaders from Kibera community reinforced the need to ensure that our girls and young women are empowered to face all hurdles that they face in their lives.

The ‘SHE LEADS’ meeting bringing together voices of influential leaders was held at Rosa Mistika with the aim of identifying leaders who will champion for the rights and voices of girls and young women.

The She Leads consortium is a five year (2021-2025) strategic partnership between Terre des Hommes, Plan International Defence for Children/ECPAT, African Women’s Development and Communication Network (FEMNET) and Ministry of Foreign Affairs of the Netherlands. The strategic objective of the She Leads Programme is to increase the sustained influence of Girls and Young Women (GYW) on decision-making and the transformation of gender norms in formal and informal institutions.

During the session, participants defined gender roles and gender in relation to the social norms that affect women. Participants reiterated that Life has become hard with the poverty levels glaring at most families the gender roles are now divided but not equally. Most women are now fending for their families and are reducing on the gender roles assigned to them in the house.

Why are we still talking about gender equality, what is it we are not doing right? Since Beijing declaration, what is the society not doing to actualize Beijing platform for action?

Furthermore, our culture contributes so much to this, some men do not believe women should go out there and work. Some women do not believe in themselves as witnessed in election when they do not vote their own. Some cultures value education the boys more than the girls. The participants further added that parents contribute greatly towards infringing on women rights.

Our cultures begun with women roles as placed in the family. Women are yet to be fully empowered in all aspects. When women get more powers, they start undermining their men in the house.

How did these social norms come about?

Most roles were designed based on the previous context, E.g. hunting at that time boys were more appropriate to hunt than girls. Their masculinity defined their roles. In the current industrial economy, girls are able to fend for food as well. The women are leaving a gap back in the house. Our children should be taught that the world is focusing on equity. Our thoughts need to change.

In some cultures, there is a sort of dictatorship, patriarchy has contributed so much to the roles assigned to women and the underlying social norms affecting women and girls. Most communities tie lack of cultural respect to curses.

In the current context, participants expressed their concern on the gender pay gap that exist. You find most well-paying jobs are assigned to men as compared to women.

Women from creation are created below men. Men are the head of the house contributing so much to social norms affecting the society. However, in the current context educated women would rather not get married. Men are encouraged to show women respect. Women should rethink how they treat each other in various spaces. Women need to change their steps first before including the men in the conversation.

Women are socialized to submit; the current definition is feminized. Current context submission is on mistreating women if they don’t, they are deemed rude.

When women working in the construction sector- women and men cannot do the same roles. In most cases women are not designed to carry heavy tasks. Based on his masculinity. The society should know we are not the same. Systems should be created to perform almost the same way.

We will never be the same but we have equal opportunity. It will take time to change social norms that have been existing.

For forced marriages the participants reinforced the fact that most was caused by parents who went through it and are not empowered enough to say no to the retrogressive social norm.  Most of our grandparents also trigger the social norm. because they went through it. Most marriages are designed in such a way that their girls get married to men who have some sort of income. Most men in the house have become timid because most women are more vocal and are more learned.

Participants were asked to discuss the following questions;

Education-most girls in the rural areas do not have access to equal opportunity to good education. The urban and rural girl have different thought processes.

In FGM most girls are not allowed to speak in a community engagement if they have not been circumcised.

In addition, the wage gap of a professional woman and man are different this should be systemized.

In the current context, we are experiencing a discriminatory lens towards voting for women. Most are judged from their marital status and gender roles which should not be the case.

Religious institutions should empower men and women collectively and involve everyone in leadership. In the current scenario, roles such as being a secretary are often given to ladies and the chairperson to men. This should not be the case.

In matters teen pregnancy we find most girls do not go back to school as fast and the father to the child does not cater for the upbringing. The law should be applied to both and if not there introduced.

GYW who want to stand as politicians, one example one woman stood up to enable her clinch her seat, she was harassed and bullied. The Chief made a commitment to secure GYW to stand in positions of power within his space and control. 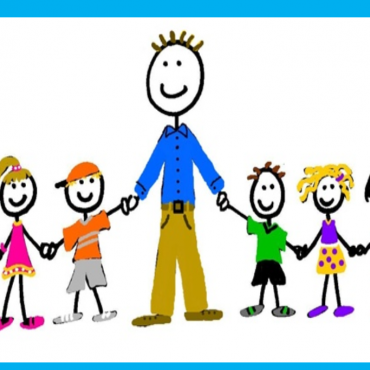 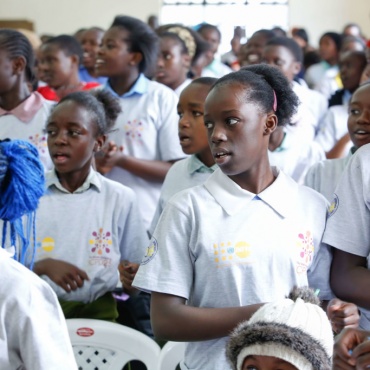